Strasbourg is a city located in eastern France on the left bank of the Rhine. It’s the capital of the Alsace region and is extremely close to the border between France and Germany. This proximity eventually led the site to acquire a quite interesting History over the years that has strong connections with both countries. It’s considered a bilingual city even though French is still more widely spoken than German. What fascinates in Strasbourg is that it’s a place with a rich culture and unparalleled architecture where everything can be explored walking short distances. In fact, it’s really good to walk through its streets to find wonderful landscapes with beautiful bridges adorned with flowers and houses with wooden frames on the way from one attraction to another. You find a short list of what can’t forget to visit in the city below!

Petite France is a district located on the main island of Strasbourg. Despite the name, the majority of this neighborhood has predominantly German architecture. Petite France has numerous canals and a range of outdoor attractions. Among them, we have Place Gutenberg with a charming carousel and a number of restaurants that make it become a pretty alive site. Place Kleber, in turn, is the main town square, where it’s located the Galeries Lafayette and it also houses a beautiful pine and many other events during the Christmas and New Year’s festivities. Place Broglie hosts the Reno National Opera and one of the best Christmas markets of the city (Strasbourg has the largest Christmas Market of France). The neighborhood also has a number of souvenir shops and good restaurants. Among them, some Michelin starred ones. 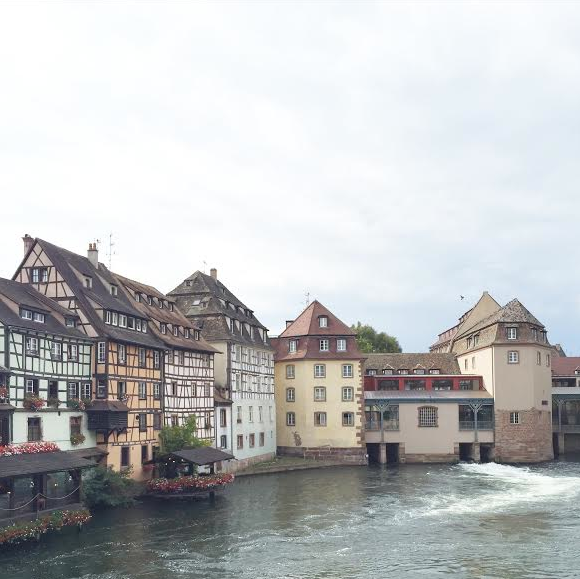 Strasbourg Notre Dame Cathedral is a beautiful Gothic church with one tower. It has interiors that are a sideshow. A highlight from its interiors is an astronomical clock with miniature soldiers and medieval characters that, each hour, alternate positions. Depending on the time of year, you can climb the cathedral tower and have one of the best views of the city from above. 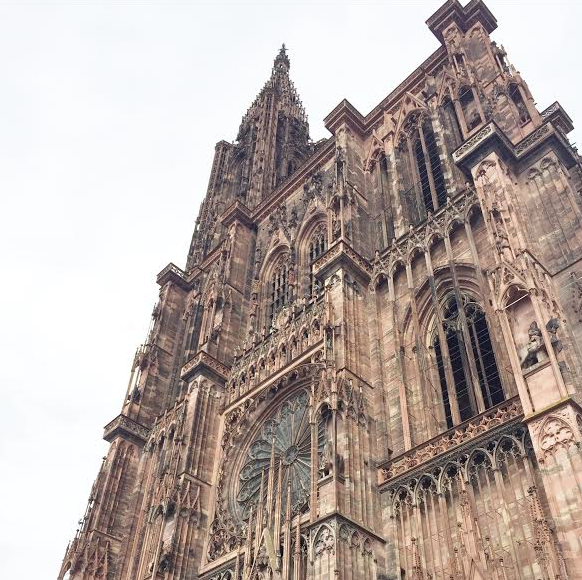 The Rohan Palace is a beautiful eighteenth century building near the river that is home to three major city museums: Archaeological Museum, Museum of Decorative Arts and Museum of Fine Arts. If you want to make your trip become more cultural, the visit is more than recommended. 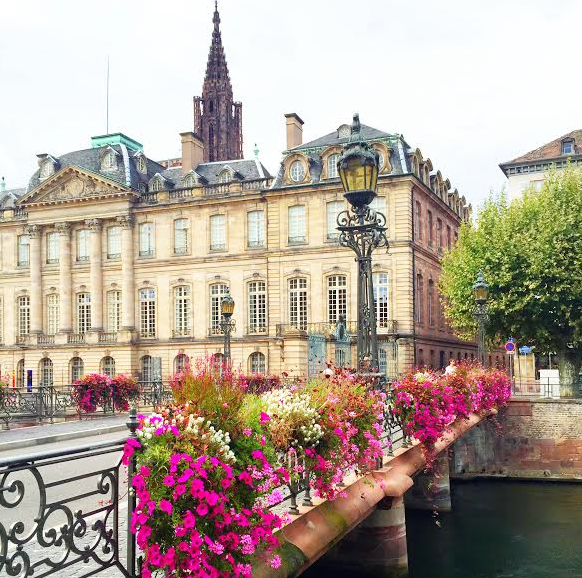 As I had said before, Strasbourg is formed by a series of canals and islands. For a deeper dive by its beautiful landscapes and architectural wealth, the boat ride can be a great idea. 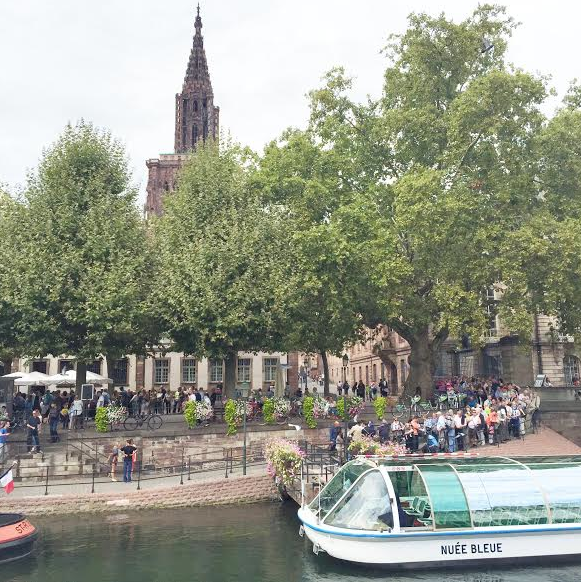 The Barrage Vauban is a weir on the west of Petite France. It was built in the seventeenth century and currently houses sculptures in its main floor and a panoramic terrace on the roof. From there, you can see the Petite France and the Covered Bridges. In the German part of Strasbourg, Place de la République is a square that has a central garden and five important buildings around it: the Palais of the Rhine, the Palais de la diète d’Alsace-Lorraine, the National Library and two buildings the Ministry of Alsace. Currently, the Palais de la diète d’Alsace-Lorraine is the National Theater of Strasbourg. The Palais Rhin, in turn, is an imperial palace that dominates the landscape of Place de la République. It’s worth visiting this imposing building and its gardens.

A little further away from the main island of Strasbourg, Parc de L’Orangerie is a well flowered park designed in the seventeenth century. Its lakes are full of swans and, in summer, you can rent a boat to paddle around. The Musée Alsacien is classified as a museum of arts and popular customs that aims to show how was the life in Alsace from the seventeenth to the twentieth. It features furniture, everyday objects, ceramics, crafts and clothing of the time. It also features a rich collection about the life of the Jews of Alsace.

The Musée de l’Œuvre Notre Dame houses art from the early Middle Ages until 1681. Among the exhibits we find original sculptures, glass windows and plants for the construction of the city’s cathedral.

Strasbourg is one of the seats of the European Parliament along with Brussels and Luxembourg. The votes take place precisely in Strasbourg, and it’s interesting to visit the site to learn more about this institution. If you have of any other suggestions of attractions that should be visited in Strasbourg, I’ld more than glad to see them in the comments below.