Besides being a country with lots of cultural and historical attractions, Italy has many great places for shopping. As one of the cradles of world luxury market, we find in the Italian city places where major international brands live side by side with small local shops that offer products with that traditional Italian quality. Below, I list five very famous places for shopping in Italy.

Galleria Vittorio Emanuele is one of the most traditional worldwide places for shopping. The building houses many cafes and historic restaurants in Milan like Biffi, Il Camparino and the luxurious Savini and famous fashion stores like Prada, Louis Vuitton and Tod’s. It was built between 1865 and 1877 with iron roof and glass in a similar way to the new architectural buildings in Europe from that time like the Crystal Palace in London. In the area close to the Galleria Vittorio Emanuele, we can find the Quadrilatero Della Moda formed by Via Montenapoleone, Via Manzoni, Via della Spiga, and Corso Venezia, where we may find numerous boutiques and interesting windows of the world’s major fashion houses to watch.

It’s the most chic street of the city, where the great luxury brands are located. The elegance of the Via dei Condotti is also present on the streets nearby, such as Via Borgognona and Via Frattina. In Via dei Condotti, we can also visit Caffé Greco, which is the most famous café of Rome, and it has already been attended by personalities such as Stendhal, Goethe and Byron. As Via Condotti is close to Piazza di Spagna, this street is usually very crowded during the high season in Rome.

The history of this street goes back to the Tornabuoni family, one of the oldest and most recognized Florentine families that married into the Medici family in 1444. This long street hosts some of the best hotels, coffee shops and restaurants of the city. Palazzo Strozzi is one of the most impressive buildings on the street. It’s considered the last and grandest of the magnificent Renaissance palaces built in the center of Florence. The courtyard is open to the public, and it´s worth it to make a visit. 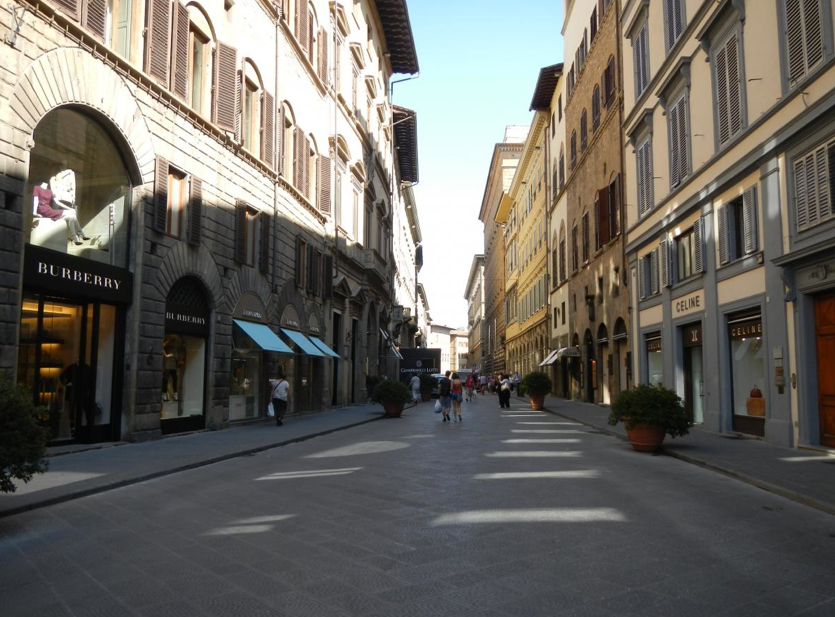 This area of Venice has plenty of shops, extending from the Rialto Bridge to St. Mark’s square. These streets developed over time to become Venice’s classic shopping district because dealers used to settle along these streets offering their goods in the past. You can find almost everything there from jewellery and fashion products, to carnival masks, costumes and souvenir. In Castello and San Marco are the most expensive shops of the city, with international fashion brands and shops of glass and porcelain objects. 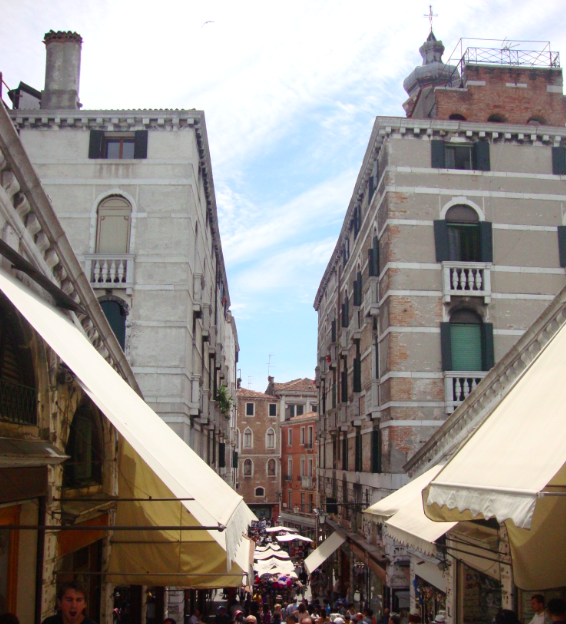 La Rinascente is the largest department store in Italy. It’s present in Italian major cities: Milan, Turin, Genoa, Monza, Padova, Florence, Rome, Cagliari, Catania and Palermo. The largest and most famous of them is located in Milan strategically placed right next to the Duomo. Besides having the best brands, the store has a terrace with an amazing view to the Duomo.