If you are in New York and have time to watch only one musical, I believe that Aladdin must be your great choice for this season. It’s an incredible show and the biggest new hit of the moment on Broadway! The scenarios are quite complex as well as the change of costumes and yet, everything is executed with the utmost perfection. Although the script has some differences from the original Disney version, it remains quite engaging with its already known songs. The dances accompanying soundtrack are also wonderful! In addition, several jokes were included in the speeches of the characters and that made the music even more fun. Aladin begins with the Genie (played by actor James Monroe Iglehart) giving welcome the public to the tune of “Arabian Nights” and he dominates most of the show. The part where he sings and dances to the song “Friend Like Me” is one of the highlights of the musical. It was combined with music verses from other Disney films like “Beauty and the Beast”, “Cinderella” and “The Little Mermaid”, and the result was amazing. Definitely the best part of the show! The part where Aladdin (Adam Jacobs) and Jasmine (Courtney Reed) fly over the magic carpet singing “A Whole New World” was another moment of musical that also delighted the audience. The character Jafar (played by actor Jonathan Freeman) is another great performance worth highlighting, but I think this was already expected once Freeman also gave voice to the Disney’s movie in the past. Anyway, I can only say it’s a must-see for those who have a scheduled travel New York. Recommended for all ages, the show impresses with the costumes, the choreography and especially the effects and scenarios, that appear and disappear like magic on stage. An authentic experience of one of the Broadway’s greatest shows! 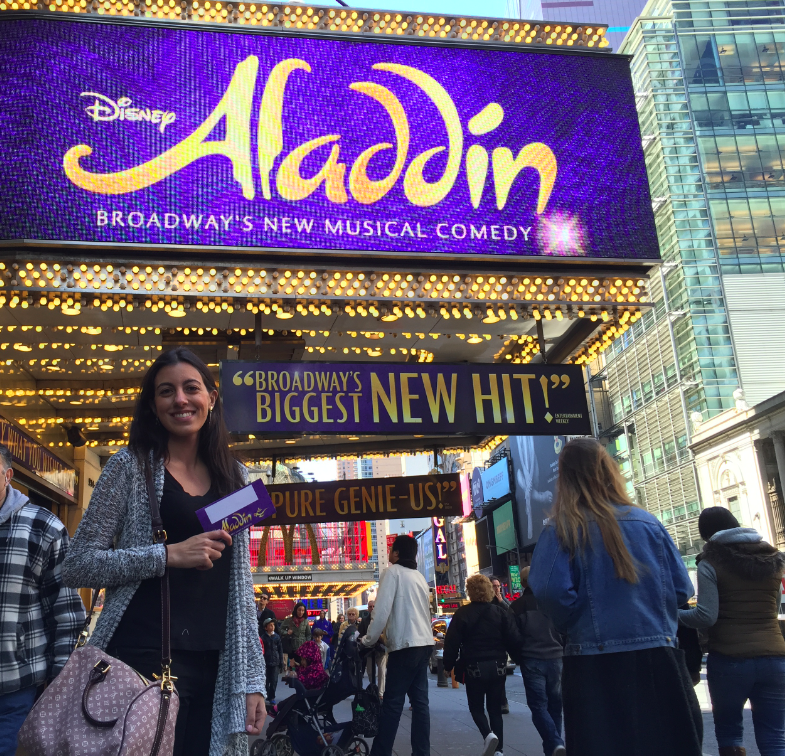