The musical Gigi is a romantic comedy that recently has been brought back to Broadway for the first time in 40 years. It’s currently being starred by Vanessa Hudgens. Based on the novel by Colette 1944, “Gigi” was first adapted for the Broadway stage in 1951, with an unknown Audrey Hepburn in the title role. The material was then adapted for the 1958 movie musical, winner of nine Academy Awards, including Best Picture. In the the nowadays show starred by Vanessa Hudgens, two things absolutely caught my attention in the show: the amazing costumes of the cast and the perfectly choreographed numbers of dance. The story is set in the world of the Belle Epoque in Paris and the cast’s wardrobe reflects the glamour of that period. The same goes for dancing with a group of actors who are perfectly in harmony to execute them. Less crowded than other major Broadway hits, it’s definitely worth checking the show. In the end, I took a picture with the great star of the show! haha 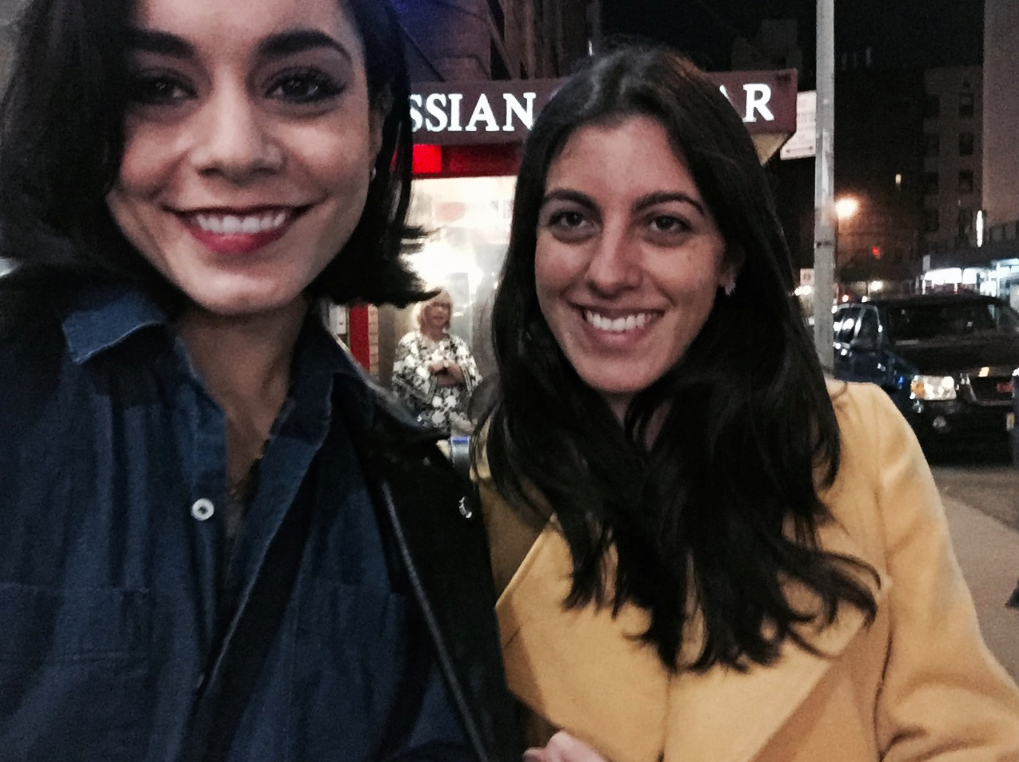