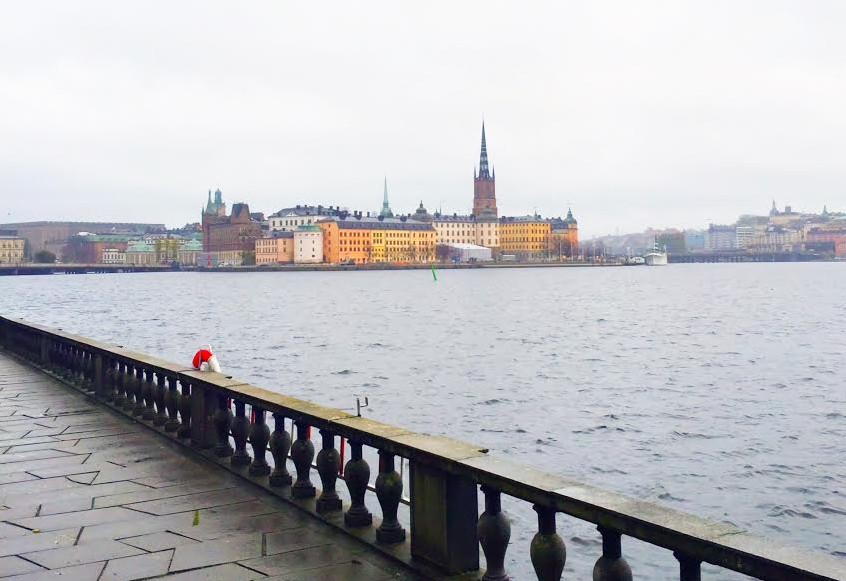 Stockholm is an amazing and vibrant city with a very interesting architecture, incredible scenery between its many islands and good places to go out at night. It’s really worth visiting it! You find below a short list of what can’t forget to visit on your first time in the city. Between an attraction and another, remember to take the subway a few times. Stockholm subway system is considered the longest art exhibition in the world! You should definitely take a look at some specific stations throughout the city.

The Old Town of Stockholm, known as Gamla Stan, is one of the largest and most interesting in Europe. The constructions of this place are wonderful! Some of the buildings date back to the 12th century. The place has many shops, cafés and restaurants amid its cobbled streets. Most part of this island is closed to cars. It’s worth dedicating a some time of your travel to walk around this place. There’s no shortage of interesting thing to see and do in this area! Whilst there, don’t miss the opprtunity to visit the Royal Palace and Stockholm Cathedral.

Although the royal family no longer live in that location but on another island in Stockholm, it’s still used for some state ceremonies. Its interiors are stunning! In addition, the building also houses Gustav III’s Museum of Antiquities, the Tre Kronor Museum and the Treasury.

I was particularly excited to visit the Stockholm City Hall because it’s the venue for the banquet and the ball of the Nobel Prize. I need to say that it didn’t disappoint me! The architecture and history surrounding this building are extremely interesting. The Blue Room and the Golden Hall are the two most amazing spaces of the building! The first hosts the annual banquet of the Nobel Prize and was created following the style of an Italian piazza where it was later put a ceiling because Stockholm weather doesn’t look like the one in Italy. The Golden Hall, in turn, is covered by golden mosaics and is the venue for the ball that takes place after the Annual Banquet of the Nobel Prize.

Vasa Museum is simply the most visited museum in all Scandinavia. Inside, we find the famous Vasa ship. As you may know, the Nordic countries have a long maritime tradition. A la Titanic, Vasa was built to be the great pride of the Swedish Empire and sank on its maiden voyage in 1628. A huge operation took place in 1961 to take the Vasa’s wreck from the seabed. The fact that ship have spent such a long time under water is what most arouses the curiosity of visitors.

Considering the success of ABBA, it’s not hard to imagine how this relatively new attraction in Stockholm has become such a huge success in a short time. Just walking through the museum, we see how the songs are catchy! Even if you are not a fan of ABBA, I’m sure you’ll definitely not get bored in the museum! Besides being able to see exhibition of clothes and other objects that belonged to the musical group, the place is quite interactive. There is a stage where visitors can sing and dance with the holograms of the group, other areas to dance listening to their songs and rooms for recording clips.

On the island of Djurgården (where are also located the Vasa Museum and the ABBA Museum), Skansen is the oldest open air museum in the world. It also houses a zoo with animals from Scandinavia and a miniature Sweden.

Walking through Stockholm, you go through numerous islands and realize it’s a city basically formed by islands. A total of 14 of them. Walking along the banks of each of them, we have wonderful scenery! That’s why this is the place perfect for a boat tour where we can calmly enjoy this scenery!

Fotografiska is one of the largest museums of contemporary photography. It also has a café and a restaurant. On the top floor of the building, the cafe has spectacular views of Stockholm.

The Moderna Museet is home to a remarkable art collection dating from the 20th century to the present. Among the paintings on site, we have works by Picasso, Dali, Derkert and Matisse.

It’s just enough to say that the name Sofo was inspired by the Sohos of New York and London to make us imagine imagine that this is the area of hipster cafes and bars in Stockholm. Sofo is the most trendy area of the island of Södermalm. Those who have read the books or seen the films of the Millenium trilogy will remember that most of the characters in the story live here.