It’s hard not to think of croissant when we talk about France. No wonder! Bakeries are everywhere and are part of  the French culture. In Paris, you find a boulangerie, a patisserie or a mixture of both almost at every turn. Pick up a croissant, or other kind of bread in the morning is almost a ritual for French people. If you wanna get in the mood and have an authentically French morning, I have selected five of the best places for croissants in Paris. 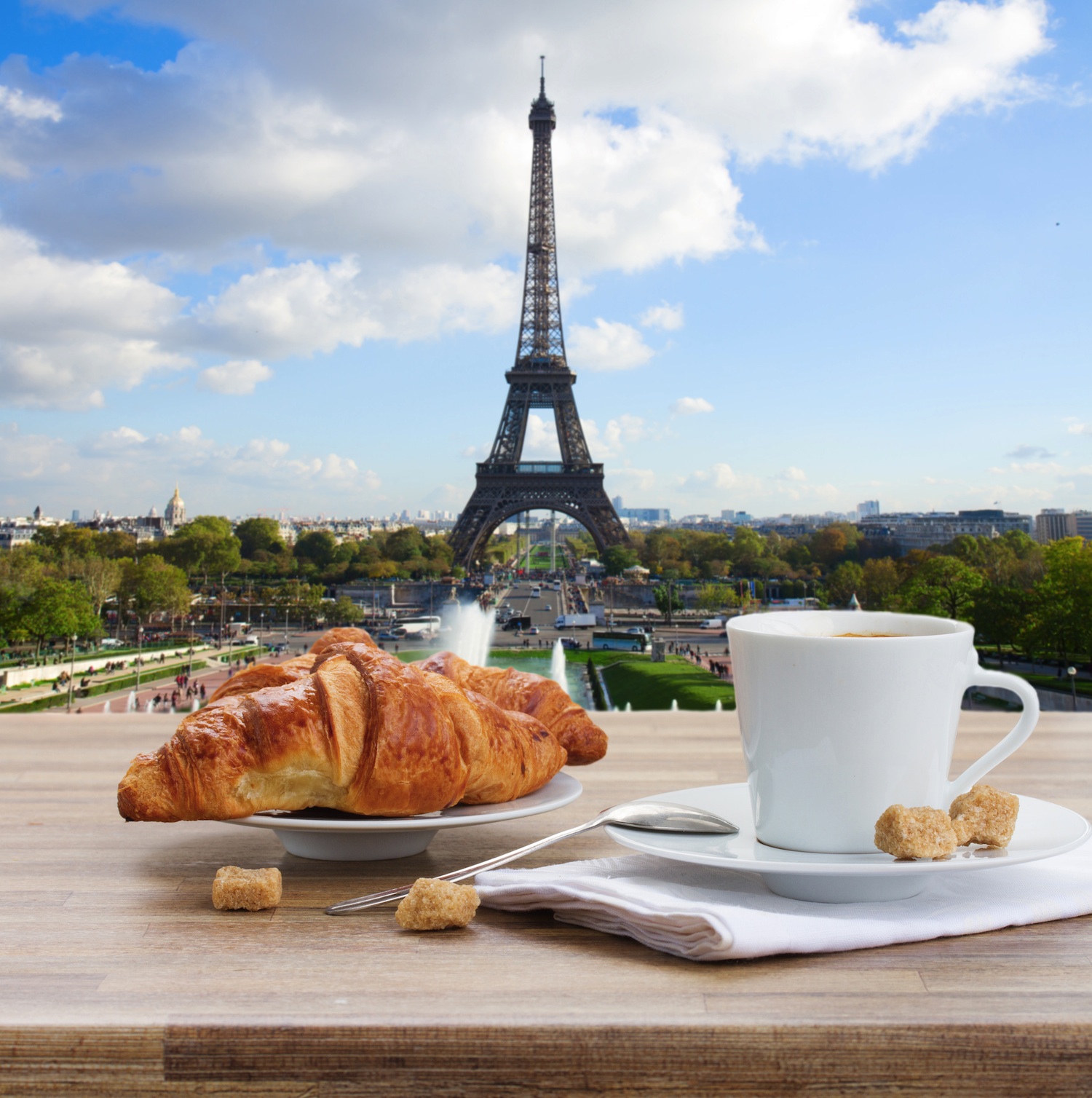 Maison Kayser is a network of bakeries with several units scattered through Paris. The place has one of the city’s best croissants and the other boulangerie products are also great! In addition, we have another plus: their products are usually a little bit cheaper than the Parisian average prices. The first Maison Kayser at rue de Monge is open from 6:45 a.m. to 8:30 p.m. during the week; on weekends, from 6:30 a.m. to 8:30 p.m. Closed on Tuesdays.

He can be much better known for his macaroons and sweets in general, but his croissant is equally great! In fact, the products that the French put under the category of viennoseries (brioche, breads, croissants, etc.) are also awesome at Pierre Hermé! The only problem is that the shops are often quite crowded in the mornings. It opens daily from 10 a.m. to 8 p.m.

Sébastien Gaudard has two units in Paris. One of them is located at rue de Pyramides close to the Louvre. The place has a number of traditional sweets from the French patisserie that are simply wonderful and can make you give up of eating something salty, but it’s worth it to try the croissant there! It opens from Tuesday to Saturday from 10 a.m. to 7:30 p.m. and on Sundays from 10 a.m. to 7 p.m. Closed on Mondays.

Several of the bakery products here have already won awards. The croissants have received two in the category ‘Concours du Meilleur croissant au beurre “(” Contest of best butter croissant “). It sits in the high Marais and opens from Monday to Friday from 7 a.m. to 8:30 p.m. Closed on weekends.

The name of this place is already very suggestive. The bakery tries to bring new ideas to their products, but maintains the tradition in its manufacture selecting well their ingredients and baking the bread on natural stone to keep the flavor of other times. It’s located a little off the Parisian tourist circuit at the 10th arrondissement near the area of the Canal Saint-Martin. It opens from Monday to Friday from 6:45 a.m. to 8 p.m. Closed on weekends.